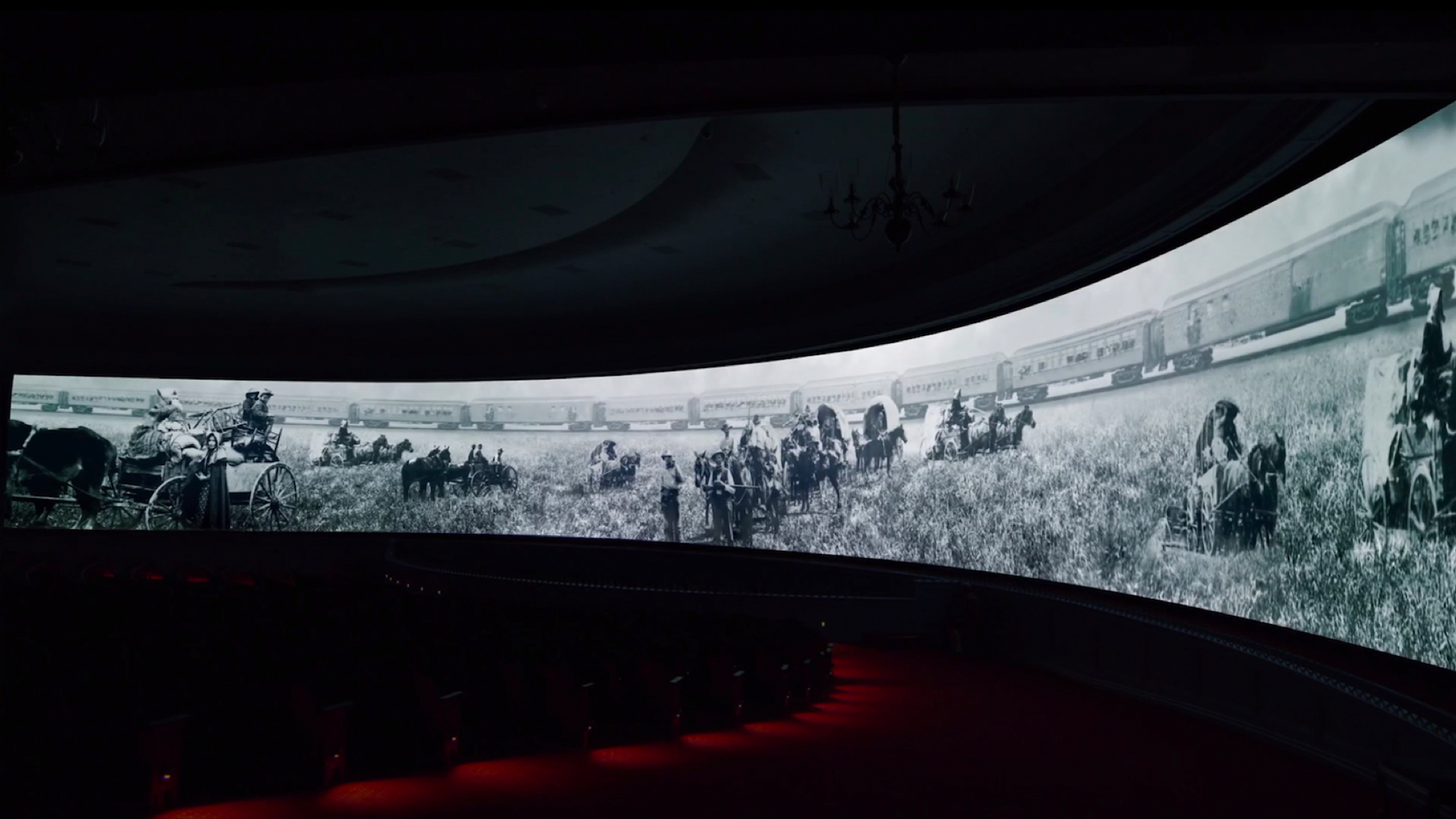 A newly imagined introductory film for the Hall of Presidents, developed in consultation with Doris Kearns Goodwin, explores a notion that transcends political leaning, party, or point of view. The Idea of a President engages audiences in a concept that provokes reflection on the role, origins, and importance of this groundbreaking early American experiment. Over the course of the show, a 150’ widescreen is progressively revealed at turning point moments in American history. DLP worked seamlessly with the Walt Disney Imagineering Team through all phases of production and final theatrical installation. 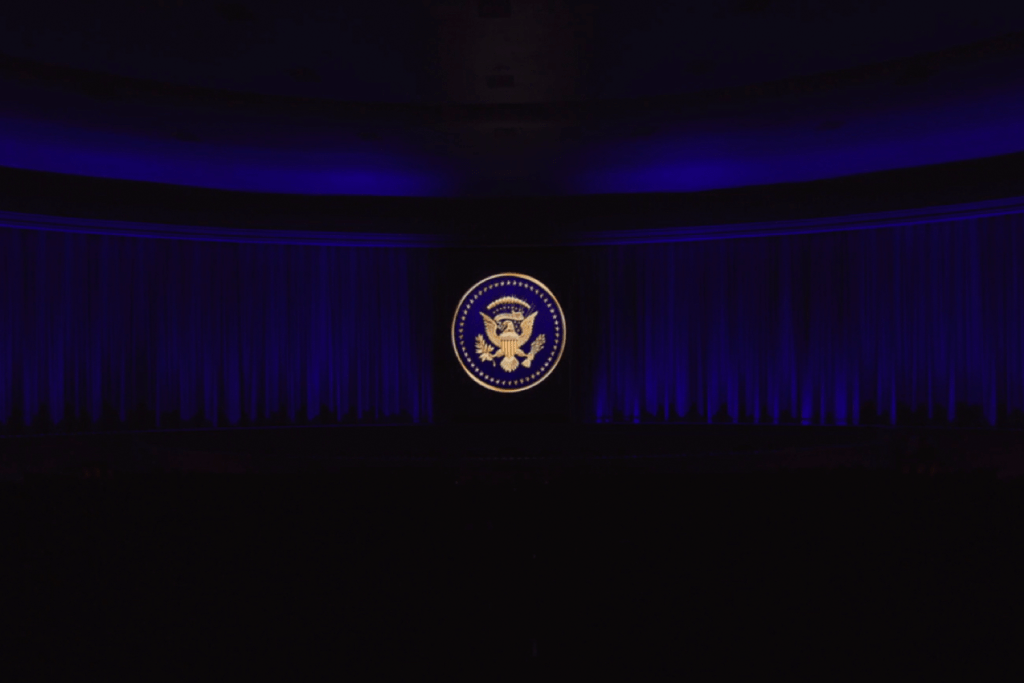 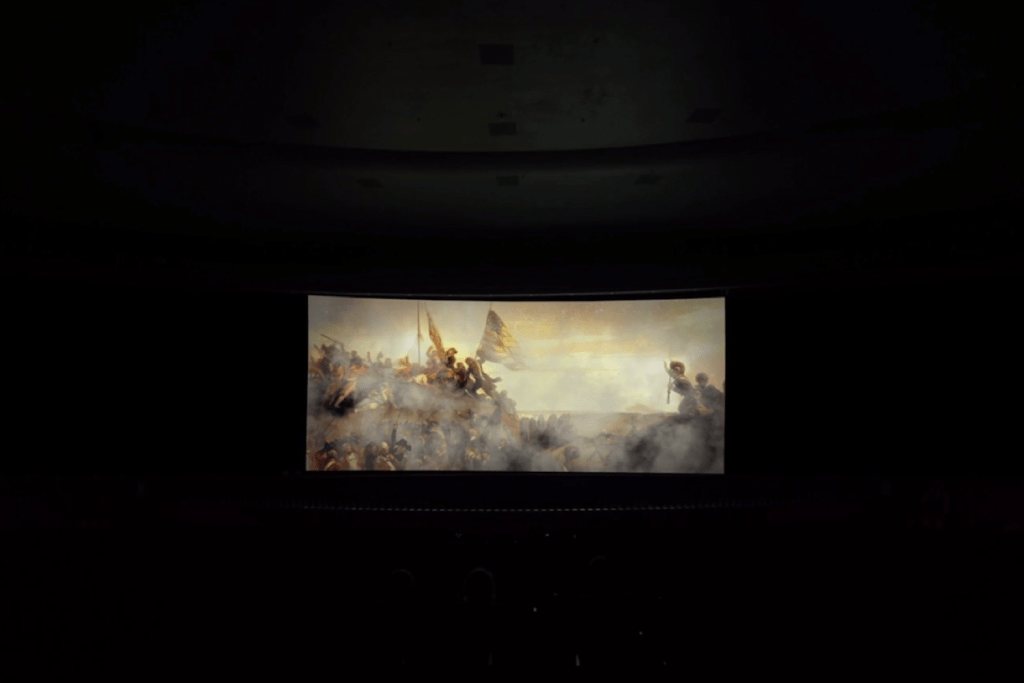 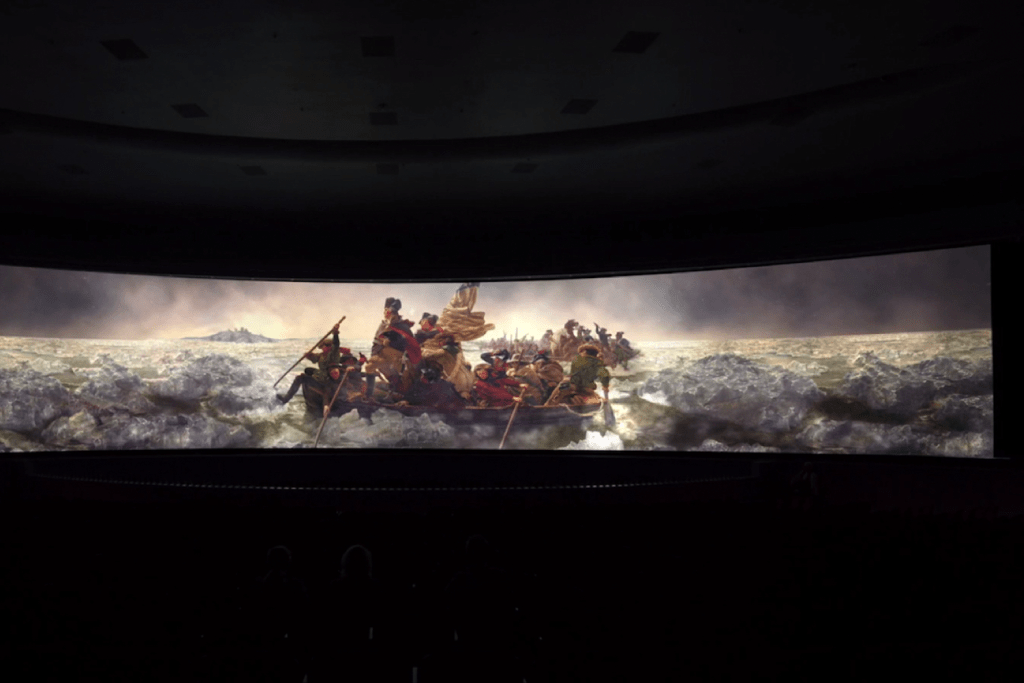 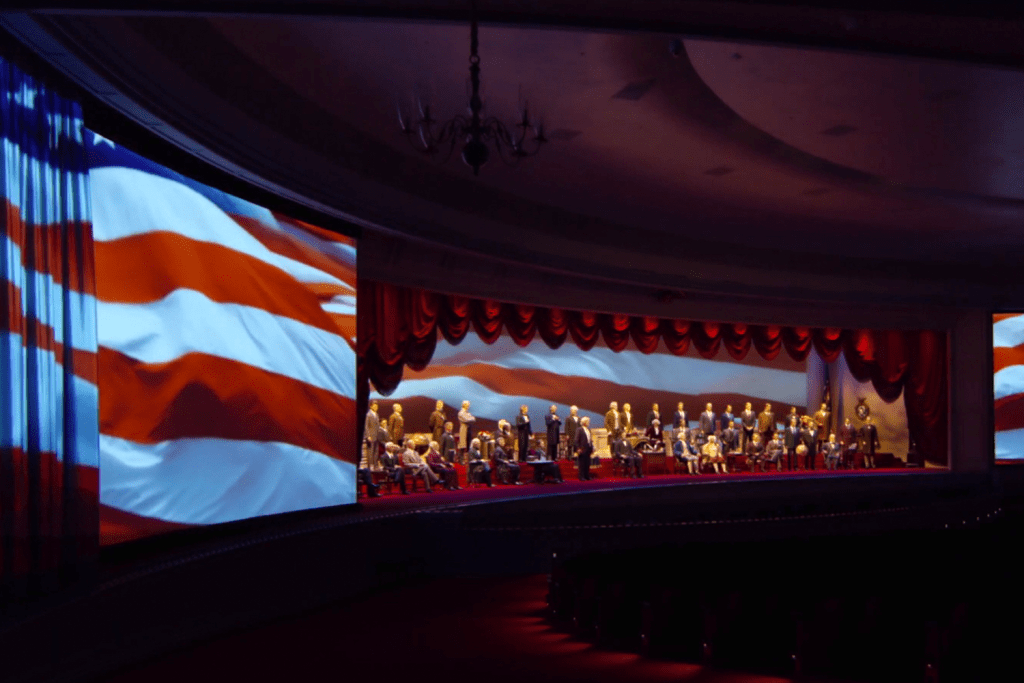